The School Governing Body is delighted to announce the appointment of Mr. Gregary Hassenkamp as the new Headmaster of Pretoria Boys High School. 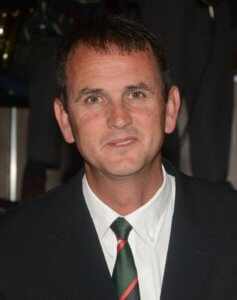 Mr Hassenkamp was a boarder in Solomon House and matriculated from Pretoria Boys High School in 1990. He was quite the athlete, swimming for the first team and receiving Half Colours for athletics and Full Colours for rugby. After matric, he obtained a higher diploma in Education from the Johannesburg College of Education, and a BEd. Honours Degree from UNISA. He also holds a number of sporting achievements which he attained after schools such as playing for numerous 1st XV rugby sides as well as two Comrades and Two Oceans Ultra Marathons.

Mr. Hassenkamp started his teaching career at De La Salle Holy Cross College Junior School in Johannesburg and returned to Pretoria Boys High in 1999 where he taught Geography, was the Master in Charge of Rugby and later settled in Solomon House as the Senior Boarding Housemaster. In 2005 Mr. Hassenkamp was appointed as Deputy Headmaster – one of his portfolios being the management of the school prefects and the day-to-day discipline issues.
In 2014 Mr. Hassenkamp took up the position of Headmaster at Hermanus High School where he instilled “Boys High Magic” not only in the school but also the Hermanus community.

Mr. Hassenkamp is married to Amanda and they have two children, Megan and Robbie. We look forward to welcoming them all back to the PBHS family.