The Music and Dance Academy at The King’s College & Preparatory School has gone ONLINE and lessons are happening every week. 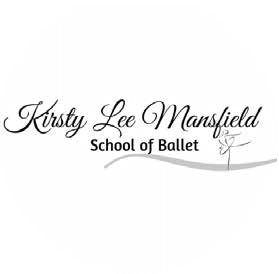 Kirsty Lee Robinson (nee Mansfield) started ballet at the age of 6 having trained in the Cecchetti method. Kirsty is the recipient of many awards including The National Society of Teachers of Dance award for 2008. Kirsty not only danced the principal role of Clara in The Nutcracker at the State Theatre at the age of 11, but also by selection danced with the South African Ballet Theatre Academy throughout her high school years. She achieved Honours with distinction for all exams up to and including her Advanced 2 pre-professional examination. Kirsty was chosen to represent the country at the International Cecchetti Competition in Calgary, Canada, where she reached the semi-finals. She was a graduate member of the South African Ballet Theatre and performed in many prestigious and well-known ballets. Kirsty studied a Bachelors degree in Foundation Phase education specializing in Drama and English with interest in Early Childhood Development. She has 6 years experience in the classroom. She is the owner and managing director of Kirsty Lee Mansfield School of Ballet and is a qualified Cecchetti Ballet Teacher who offers exam level classes to children aged 7 and older. Zech has been professionally involved in the music industry for the past 20 years. He studied and received his degree in Contemporary Music and Jazz at the National School of the Arts, Bramfontein, Johannesburg. Following that, he then went on to study Sound Engineering and Music Production. Through the years, he has played with many local and international artists, travelled the world, and performed for thousands of people, some of these include local and international dignitaries, celebrities and sporting professionals. After many years of touring, Zech decided to start teaching music, predominantly drums which is his passion and his major. During his teaching career thus far, he has opened his own teaching studio, The Drum Room, and has held teaching positions at many prestigious schools throughout Johannesburg including Pridwin Preparatory and St Andrews College. Over and above teaching he has also worked closely with many other talented drummers such as Neill Ettridge and The Drum Lab. Drumming has always been a way of life for Zech, a creative outlet and a passion that changed his life for the better. Zech has a passion to see drumming change lives, a passion for teaching and a passion for seeing potential & growth in the students that study and learn alongside him. 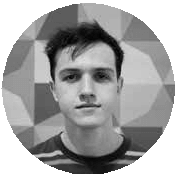 Jamie has been playing guitar for seven years and he has studied towards a Music Theory ABRSM Grade 5. He specializes in electric guitar as well as bass and acoustic guitar. He has been involved in various worship teams and currently plays electric in the NCCB worship team, as well as leads the Young Bloods Forever Youth Band. His primary focus is worship music although he is available to teach any style of music. Andy has UNISA qualifications in Piano (Gr8), Theory (Gr6), Vocals (Gr6) and a 4-year diploma in Jazz. He has 7 years’ experience in teaching piano, theory, vocals and guitar to all ages. Andy has also been part of various worship/contemporary bands, participated in stage productions and sang in the State Theatre Opera Choir. Adele Greasley studied music through her school career and completed her Grade 8 in pianoforte in her Grade 12 school year. She went on to play in various social environments like coffee bars, and restaurants and also played for various weddings etc. Adele is also a Registered Nurse. She started a Music Academy in Plettenberg Bay with her husband, that had over 100 students, and employed 9 other music teachers. They taught syncopation, as well as a formal music syllabus on various instruments, through Trinity Guildhall of London and The Associated Board of the Royal Schools of Music. She also led the worship team at the church she attended in Plettenberg Bay and was employed part-time to manage the team of 27 musicians. She is passionate about worship and seeing others grow. She is currently the music teacher at King’s College and Preparatory School, Bryanston, and is excited about the establishment of a Music Academy, which she feels will really enhance the school. Naphtalie Tshuma is currently employed by NCCB as a skate park manager as well as running some discipleship between the skate park and the school. Naph is very passionate about people and mentoring young people. He studied digital marketing and web development as well as maintenance. Naphtalie has been involved with music and poetry since he was 10 years old. His love for words is something that can be found even in his name as it means “master of beautiful words”. Naph looks to teach his students how to use poetry/rap as a therapeutic approach as well as a creative outlet. From writing punchlines that stick with people to mastering the use of words. A lesson will be provided on how to run Logic Pro x, for music production. 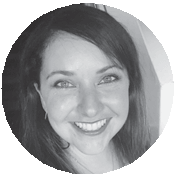 Laura specialises in Vocals as well as Music Arrangement. She graduated with a Bachelor of Arts Degree in Drama (UP) and has completed numerous external music examinations through UNISA (Theory Gr 7) and ABRSM (Associated Board of the Royal Schools of Music), including a Licentiate (Voice and Opera performance). She has taught Music at various schools in Gauteng and has been taught by some of South Africa’s best singers, including Hanli Stapela and Nicolas Nicolaidis. She currently heads up the music division on the NCCB Campus. Her passion is to work with students and to see how music can grow individuals.